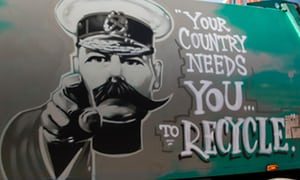 Since I have the good fortune to have found a strong WiFi connection, I’ll take this opportunity to occupy my Professor’s Corner. Reading through your first week’s takeaways, I see that many of you are asking a central question: once we start waking up to problems with the food system, what do we do? The tempting answer is to change our diets — a move that might make use feel better physically and psychologically but that also leaves the prevailing systems essentially intact.

As this excellent article argues, the discourse of individualization has also dominated climate politics (especially in the US) for thirty years – and business-as-usual has continued all along. I would argue that this dynamic applies across the board. When people identify as consumers and forget that they are citizens, the political sphere becomes impoverished and government reverts to its inevitable default: the servant of big business. Ironically, the neoliberal mantra that we’ve heard since the 1980s – that government is bad – becomes a self-fulfilling prophecy.

Even though thi Guardian essay is about climate change, you’ll find plenty of course-relevant food for thought. Given the connection between food and climate change, there’s also a direct connection. For those of you who might want to stabilize the climate by becoming a vegan – or telling others to do so – I encourage you to think more systemically. How do we respond as citizens, and not just consumers?