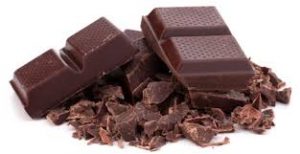 When I was young, I thought I could live on chocolate. I probably would have tried without parental wisdom. As an adult, I think of chocolate as a decadent, cheeky treat that’s as accessible as a Twix from the office candy bowl. I told a friend of my new cocoa enlightenment. She quickly pointed out that I had, in fact, inhaled three pieces of chocolate 10 minutes prior. Even after I’ve become so painfully aware of the potential human suffering and ecological impact that my sweet treat caused, I’m still so removed that I will binge without a second’s thought.
In my contemplative practice of considering chocolate, it was difficult to push the image of the
chocolate industry’s child labor in my head. My mind wandered to if the children were safe, fed and looked after. Would they have a chance to go to school? I replayed the scars and wounds that were prolific on their little limbs as if riddled with disease. I felt shame when I recalled the Dutch TV reporter introducing cocoa farmers their first taste of chocolate despite being those that conceived this brown, velvety gold. This particular practice was the most trying in staying present in the moment. How could I savor the smell or taste of this food that is so sorely taken for granted? I had so many  dark thoughts swirling that took me out of my meditation that I normally enjoy weekly.
I will be honest in admitting that I will not swear off chocolate. I know I’m not that strong or virtuous of a person. I will, however, endeavor to take a moment to pause and be grateful of the little hands that gifted me my chocolate.