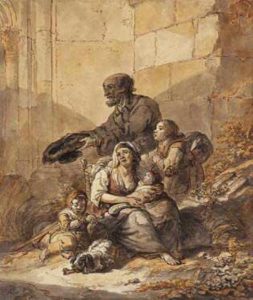 From the past few weeks of reflection, I feel as though I’ve found an underlying theme of “if it were you and your family…what would you do?”  If in the grand scheme of all in the world, if you knew that your actions such as over utilization of fertilizer that is poisoning the population or growing opium poppy that would be made into lethal drugs (Polenti)…could you be virtuous enough to abstain from what would keep your loved ones alive in order to do the “greater good?”

From our seat of privilege and incredible luck to be able to point the blame towards the individuals that must face these tough challenges, it becomes low hanging fruit to say “just do what’s right!”  But what if what’s right in the moment is feeding your starving children. Or acting out of fear for your life due to terrorist commanders demanding use of your land? For the most part, in the modernized, western world, we have very little experience of this peril of existential crisis of choice.  We don’t know what it is like to face these challenges.

These themes run along the storylines seen in “Hunger Games” (Quinn) in which through time populations deemed less fortunate (either by favor of God or by evolution) almost deserved their predicament.  However, as seen throughout history, the “blame” very rarely lies on those that must suffer through tough decisions. Instead those that are in the power to govern in a more just manner are most likely to blame and the most slippery to catch.

I do wonder if at one point, we are able to realize the futile effort of jjudging another individual for how much they can contribute into the grand scheme of the world.  Perhaps we can instead focus on those that (mis)manage production and distribution of resources that the world so sorely lacks.