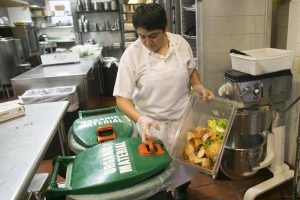 Whenever I would think about things I could do for environmental change it seemed overwhelming. Reading articles about individualization and realizing that one person changing their eating habits isn’t really making that big of a difference helped me think about the bigger picture. With collective action if someone is changing their eating, recycling, or farming practices then yes that can make an environmental change.

The environmental change I would most like to get involved in is reducing human food waste. The TED talk from week 5 really stood out to me. Yes, I do a good job of minimizing my food waste here at home but what about the farms, restaurants, produce packing plants, etc. When I was living in Seattle I would volunteer at a food bank called Family Words near the UW. The food bank received produce and meat that grocery stores could no longer sell because it was the day of expiration but was still good for a day or two. This act helps minimize the grocery store food waste and also give nutrition food for families in need. 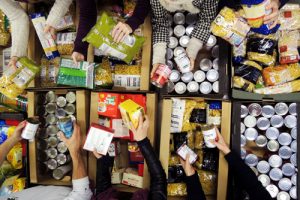 Another action that really stood out to me was feeding food waste to pigs. This is something that happened before it was outlawed because disease spread. The human food that the pigs were eating wasn’t prepared properly. However, if prepared properly, pigs can eat the mountain of human food waste that we make and turn it into food. Also, the acres and acres of land that are used to grow soya for the pigs to eat can be turned into farm land for other crops or it could even be turned into grassland so more grass-fed cattle can be produced. Reducing human food waste seems like an action that I could actually help in and I think that is why it is really appealing to me. Some of the environmental problems seem so big I wouldn’t know where to start. But I think getting grocery stores and restaurants to donate their “still okay for consumption” food waste is something I could do to help.