The current industry of agricultural seed production is broken into two competing sides. One is made of corporate behemoths, behaving in absolutely capitalist ways with attempts to privatize and patent living items as intellectual property. The other side are smaller scale entities, some comprised of activists and others that are simply individuals trying frame support for balanced policy. Unfortunately these smaller operations are sometimes comprised of anti-GMO activists who are steering attention towards conspiracy theory accusations. Unfortunately it only weakens their argument when no evidence is shown that GMO foods cause any harm. The “precautionary principle” that won the policy debate in Europe created a type of rebellion of activists in the United States. Further pushing some of the small scale operations into the fringe is their assertion that a lack of damning evidence implicates the scientific community and the FDA as willing propagandists for agribusiness corporations. The anti-GMO activists may have a strong argument that the practices of the corporations are wrong, with a strong message that pushes comprehensive changes to the whole farm system, but when these people are speaking from yurts and cabins, removed from mainstream society, they are unrelatable.

The progress that has been made by Monsanto in Marker-Assisted Breeding of seeds appears to be very promising, as a return of increased flavor in the produce would be welcome. At the same time, Monsanto will again be using their legal wherewithal to protect their rights to the seeds under development. This issue is quite tangled, but it certainly feels like a kind of structural violence is occurring when an item that was governed in the commons is legislated into privatization for profiteering. 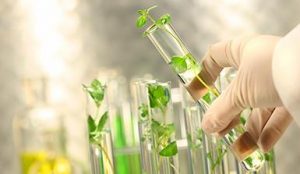