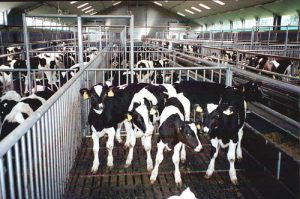 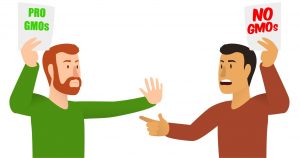 I continually find myself in a personal struggle as to whether I should maintain a vegetarian lifestyle or consume meat. I switched to vegetarianism for many years after first learning about the practices that the industrial meat industry participates in.  Michael Carolan touches on many of these points, which ignites my internal debate about returning to a diet void of meat. Carolan discusses the use of antibiotics that are needed to treat cattle due to their unnatural diets of corn and how these antibiotics are creating antibiotic-resistant bacteria such as E. coli and salmonella, which can make their way into our bodies through the meat we purchase.  Harmful bacteria can also be found in the manure of these animals, which through fertilization, can then make its way onto the fruits and vegetables we consume. The confinement of animals during transport for trade is another way for the spread of bacteria and disease to occur; not to mention the cruelty and stress bestowed upon the animals as they are packed tightly into trucks for long travel times. Animal cruelty, the amount of land, water and energy that it takes to maintain livestock (both industrial and organically), greenhouse gases, and the socioeconomic effect that it has on people in and around the industry are all valid arguments against the consumption of cheap meat.

The topic of genetically modified crops is harder for me to completely side one way or another. As Madeline Ostrander points out in her article Can GMO’s Help Feed a Hungry World? there are valid reasons that people are cautious when it comes to genetically modified food. Monsanto, being one of the largest biotechnology corporations in the world, has a negative reputation in the eyes of the public. They are the creators of the extremely harmful chemical ‘Agent Orange’ used in the Vietnam war. Monsanto has since transitioned their focus to agriculture and have created a pesticide called Roundup. The roundup is used on their genetically modified seeds/crops to produce crops that are resistant to pests and drought. Many question the aftermath of such practices and the health risks involved. Small farmers also suffer at the hands of Monsanto as winds blow the dust from Monsanto seeds over to the fields of the small farmers. Many farmers have been accused and sued over Monsanto’s patented GMO’s.

What challenged my beliefs against GMO’s were the arguments posed in the videos by Professor Ruth Oniang’o and Bill Gates. Both made valid points as to how we can utilize science to resolve food insecurities. Oniang’o states “The people that are opposed from these technologies are not the farmers themselves. They are people who can afford food.”