After reading this week’s learning resources, my perspective on meat consumption has changed significantly. My previous belief about meat consumption was that it was best to keep farming outdoors and “natural” rather than participate in the often-unethical farming of indoor livestock. I never realized that outdoor farming had as large of a negative environmental impact as Monbiot points out in his essay series such as “…preventing the growth of trees and other deep vegetation in the hills and by compacting the soil, grazing animals cause a cycle of flash floods and drought, sporadically drowning good land downstream, and reducing the supply of irrigation water”. This challenged my beliefs about farming and what is best for the environment. I realized that simply keeping animals outside still has a negative effect on the environment, and what is best is what causes the least amount of waste and damage while still being as efficient as possible.

There has been a push to end factory farming as we know it today. The food movement toward agroecology supports producing locally for the local community, which would reduce the harmful emissions created by the transport of huge quantities of crops in a globalized food system. It would also give that community control over its production, rather than becoming subject to giant monopolies. Supporters of this movement suggest other ways of preserving our environment and changing the way we farm, such as replacing toxic, chemical pesticides with natural pesticides. They also call for smaller, more diverse farmlands. It is important that our agricultural practices work with, and not against our environment for the sake of preserving resources. 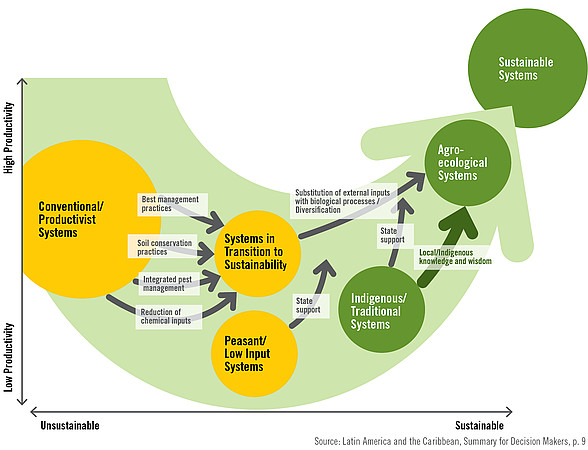