Our environment is changing. When we consider the state of our environment and the various negative impacts that have taken place over time, particularly those caused by human consumption and fossil fuel emissions. However, changing how one product is produced or farmed can have more of an impact than people realize. Various grains are extremely versatile and used in different… Read more »

What will happen- ecologically, politically, and economically- as our world’s water sources are depleted? Water is connected to agriculture through grain production; this means that water shortages around the world, due to climate change, desertification, and over-exhaustion of aquifers will produce food shortages as well. While groundwater continues to diminish through overuse and drilling into aquifers becomes more energy and… Read more » 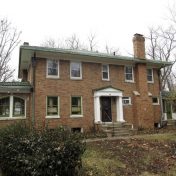 I know plenty of people who I consider to be smart and reasonable who believe that any critique of genetic engineering of seeds is unfounded conspiratorial thinking. I have long found this notion unfair. I don’t think that genetic engineering is wrong on principle. However, I think it is too soon to know the effects on our health and the… Read more » 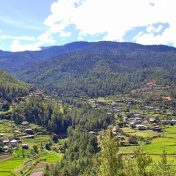 I was shocked to learn about the intricate systems of rainwater harvesting in India.  Not only that, but how long they have been place, some of the for hundreds of years.  Anupam Mishra mentions in his TED talk titled The Ancient Ingenuity of Water Harvesting that the reasons these systems have been in place for so long, in a place… Read more »