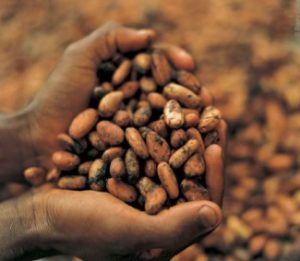 When I consider how globalization and international trade inform one another, the food industry comes quickly to mind: affordability and access. While developed countries greatly benefit financially, some may argue that globalization has many more disadvantages when it comes to developing countries. For instance, globalization affects not only the environment via commodity chains, but culture on a mass global import-to-export level simultaneously alongside the struggling farmer(s) without proper pay and/or resources/equipment.
Mainly, commodity chains highlight the many complex levels and concerns involved in bringing developed countries’ food from farm to plate, including the large amount of processing that happens in-between. The well-being of communities around the world are threatened when globalization is primarily set up to benefit the affluent. Many restrictions are in place that consequently divide, create strains within culture and the economy, resulting in a vast disadvantage for the poor in sectors such as labor, environmental impacts and footprints, and the hardships that result from high-demand commodities for export. It is important to mention that these disadvantages are hard to conceptualize as a citizen of a developed country.
In Michael Carolan’s book, The Real Cost of Cheap Food, he expands upon a few reasons that globalization and “cheap food” can be beneficial: “labor efficiency, production efficiency, and redistribution of wealth from rural areas (and agriculture) to urban areas (and industry)” (Carolan, pg.28). However, he also goes on to explain that this “affordable food” comes at a cost, the suffering of the farmers who are expected to take advantage of supposed progression, but who are instead excluded from the market. Inexpensive food is linked to malnutrition and obesity concerns in the U.S. It is then safe to assume that with growing populations, cheap, processed food is an answer to feeding so many people, but the reality is that it is a short-term, dangerous solution.
Carolan, M. (2011). The real cost of cheap food. London ; New York: Earthscan.

2 thoughts on “Farm to Plate: A Disadvantage”