Food ecology of the world was a very thought provoking subject that I did not know anything about. Prior to the class, I thought that it would only be about the countries in the third world and how people suffer from hunger and poverty. I had no idea that there are many factors that come into consideration when examining the… Read more »

My big takeaway from the class is that I will be more conscious about what I am eating.  We covered a lot of information in this class.  I thought week after week that I would get to a place that made everything feel full circle.  I was often frustrated to feel that the world food system isn’t operating in a… Read more »

Seeds are both natural and engineered, just as we are. In fact, in the act of creating modified seeds, “a great deal of effort is required to separate undesirable from desirable traits.” (Wieczorek 2012) Seeds follow the same paths that we do, so I think it is inaccurate and perhaps unwise to elevate and revere processes that are considered “natural”… Read more »

One thing that will really struck me over the quarter was learning about Globalization, specifically in the chocolate industry. Chocolate is such a common product in many people’s day to day life. Learning of how much of a disconnect there was between the farmer harvesting the cocoa crops and the product he was making was shocking. As was learning about… Read more »

I didn’t truly know what to expect this quarter prior to taking the course. I had started to take the same course during a previous quarter but had to drop it after doing a little bit of the coursework. I knew that I would be learning about the food system and how the food system interacts with global politics. Now,… Read more »

I came into this class feeling extremely confident that my “superior” consumption habits (vegetarian, “local”, participating in a CSA, having a small garden, frequenting the farmers market, etc.) would set me up well for success, at least on the surface. I anticipated being very validated in my amazingly informed choices. It took the first reading Pollan’s book, which I was… Read more » 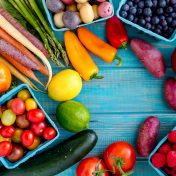 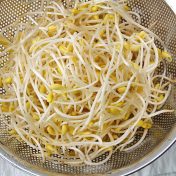 During my first time in college, I used to work odd jobs to make ends meet. One of those jobs was driving a delivery truck delivering soy bean sprouts. I had no interest in, nor had I ever heard of the term “hydroponics,” until I took a vacation to Disney World last year. Inside Epcot Center is a ride called… Read more »