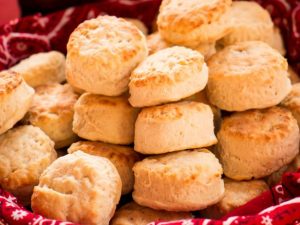 A stack of biscuits

In his Ted Talk, Tristam Stuart uses biscuits to illustrate the devastating reality of food waste from farm to table. Each biscuit represents a portion of the food at harvest. Stuart starts with ten biscuits and ends with four. The other six are tossed for cosmetic reasons, used for animal feed and trashed in supermarket dumpsters. He chastises the system as an inefficient use of global resources and I couldn’t agree more. But is it inefficiency that is costing the world’s poor their next meal?

The conversation about global hunger often gets stalled in two places: food waste and overpopulation. If there were more food and less people, the problem would be solved, right? In Peter Quinn’s article “Hunger Games: Who Gets to Eat and Who Decides,” an examination of the impact of politics demonstrates how food distribution is perhaps the most important consideration. Whether it is as nefarious as the torturous conditions of a gulag described in Quinn’s article or it is NAFTA disempowering Mexican small farmers, the solution to world hunger is not as simple as waste less, breed less.

The problem of world hunger will not be solved with a reductionist approach. It cannot be separated from power structures that reinforce the economic success of hegemonic forces. It cannot be separated from colonialism, gender politics or racism. It also cannot be eradicated with food aid or technical experts who may provide some temporary relief here and there while accommodating the very system that created the problem. Even if there were a singular solution, it cannot be entrusted to those who stand to gain from it not working. This battle cannot be won with more biscuits.

2 thoughts on “More Than Biscuit Crumbs”