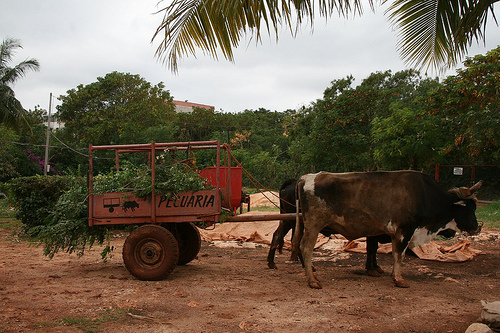 Much has been written about Cuba’s shift from industrialized to organic farming after the fall of the Soviet Block in 1989.  During this Special Period, with no ability to import equipment or fertilizer, Cuba installed community gardens throughout its urban areas, and rural communities returned to the ‘ways of the campesino’ (Cuba: The Accidental Revolution, 2007). As the world considers threats to global food security, some wonder: Is the Cuban model the answer?

While, Cuba’s experience suggests it’s possible for communities to feed themselves without petroleum, several factors must be considered:

The latter is perhaps the most important point to consider, because Cuba eventually identified a new source of oil and did not, in fact, achieve long-term food sovereignty. It now trades medical and scientific expertise for Venezuelan oil and according to the WFP imports 70 to 80 percent of its food.

This isn’t to say we shouldn’t try to learn from Cuba. On the contrary, as we face ‘peak everything,’ accelerating the shift from industrialized, monoculture farming is imperative. The true key, however, will lie in collective agreement that our ecological predicament leaves us no choice but to institute geography-specific agricultural, technological, economic, and political reforms.