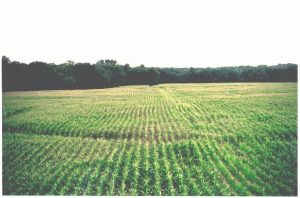 I know plenty of people who I consider to be smart and reasonable who believe that any critique of genetic engineering of seeds is unfounded conspiratorial thinking. I have long found this notion unfair. I don’t think that genetic engineering is wrong on principle. However, I think it is too soon to know the effects on our health and the environment. Unfortunately, figures like Vandana Shiva invalidate all concerns in the eyes of proponents.

Many would tell you that genetic engineering is the key to solving our hunger problem. However, we have had enough food to feed the world in the past and have still not succeeded in doing so. The problem is one of distribution. It is political and scientists don’t usually solve political problems. Far too often we falsely think technical experts are the solution to social inequity. In this case, we think the same of the big corporations that profit from holding patents on these seeds.

As Wieczorek Ania points out, farmers have long manipulated plants through selective breeding. However, that process wasn’t completely reliant on humans having whole knowledge. Instead, humans worked with what nature produced. This doesn’t mean that genetic engineering is inherently bad because it takes place in a lab but it is in my opinion it is unreasonable to think we have all the answers yet.