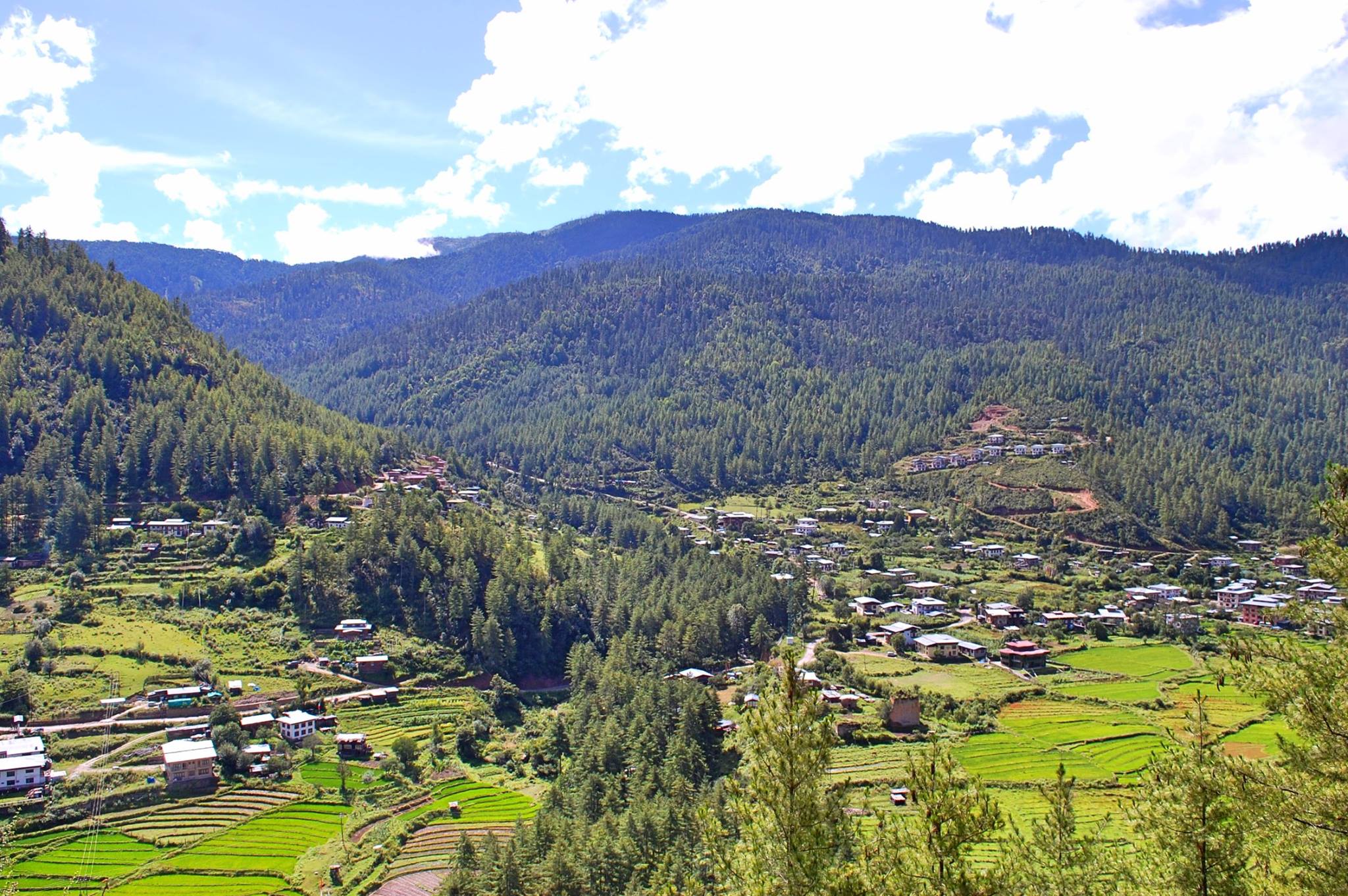 Fields, forest and homes of the Thimpu Valley, Bhutan. Photo by the author.

In the poem On Work, Khalil Gibran’s prophet Almustafa counsels,

You work that you may keep pace with the earth and the soul of the earth.
For to be idle is to become a stranger unto the seasons,
and to step out of life’s procession, that marches in majesty and proud submission towards the infinite.

Over the past ten weeks of our course, it’s occurred to me more than once that in this ‘age of the Anthropocene,’ humans in many parts of the world have found a way, for the moment, to outpace the earth. We’ve become strangers unto the seasons not by being idle but by being overproductive, albeit with the help of cheap oil. And as we’ve learned, there have been winners and losers, with the people least responsible for overconsumption and climate change being the most negatively affected. The footprint of human hunger and suffering threatens to expand like the desert.

It’s easy to be overwhelmed by the facts. I’ve been disheartened at times this quarter, learning how so many promising ‘solutions’ to hunger have had undesirable systemic effects—that the Green Revolution might not have been so green or that free trade agreements have on the whole reinforced rather than reversed unfair concentrations of power (Carolan, p. 15-26, 144). It’s been tempting to retreat into individualism, and like the consumers in MacKendrick and Stevens’ study, focus solely on what I think I can control.

What I hadn’t realized, however, is that in the past forty years or more, an army has mobilized: communities of scientists safeguarding seeds and studying how to rehabilitate soil and the microbiome, professors reminding us of ancient, cooperative resource management practices, economists lobbying policymakers, peasant farmers making their voices heard at the highest international levels. They reassure me that a mighty collective is making a difference, and that I can join those who march in both majesty and proud submission to the earth’s rhythm. Indeed, what a moment to be alive in the world.