Michael Pollan offers many valid points using concrete evidence and trustworthy sources. However, there’s a problem when the information he presents does not match the corresponding scientific evidence.  Throughout In Defense of Food, Pollan advises “eating less” as a guide to eating more quality food and less processed foods. He lists the additional benefits of calorie restriction, including slower aging and prolonged lifespans in animals, and then describes why these benefits happen. The reasoning behind these particular claims stand out as they do not agree with a well-known scientific research article by Thomas B.L. Kirkwood, titled, Evolution of aging. In Kirkwood’s article, he states that calorie restriction will slow the process of aging and increase the lifespan of short-lived mammals only. Kirkwood would agree with Pollan that calorie restriction indeed slows the development of typical markers of aging, although he points out that the exact mechanism by which calorie restriction slows aging is unclear and not yet scientifically proven, whereas Pollan attributes this outcome to the slowing cell division, limited production of free radicals, and reduced inflammation that occurs when you eat less. Kirkland’s research also indicates that calorie restriction only slows the aging of short-lived animals, whereas Pollan argues it slows the aging of all animals (including humans who are long-lived). Notice a problem?

The discrepancy between these two published pieces is alarming. More people are likely to read and trust Pollan’s work as opposed to an accredited scientific article because journalism typically uses a personal and helpful tone, while scientific articles are fact-based and technical—not exactly warm and inviting. Should we be concerned that there may be other scientific errors within a journalist’s writing, considering In Defense of Food has sold over 500,000 copies to the public? Maybe. These mismatches in writing lead to potentially false understandings of the global food system, and this leads to incorrect ideas about food in the general public—take, for example, the entire movement on “lipophobia” which turned out to be almost completely false. 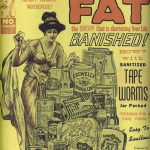 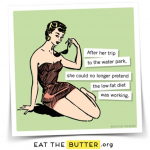 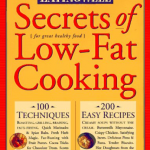 But more often than not, policy makers will ignore accredited research in favor of profit and political interests. It sure helped policy makers make a substantial profit when they said, “everyone stop eating saturated fat!” because it created a massive new market for carbohydrates and the beloved trans-fat. This is surely a problem when the government strategically changes the diet of a whole population.