What is food and how is it part of a larger system? This is the question that we have been learning about all quarter long and what my action project group decided to explore through food waste. Before I took on this project food as waste was merely the cuisine that I was unable to finish at the dinner table. I had… Read more »

Hunger has been a prevalent topic in this course.  Over the last 10 weeks we’ve seen plenty of examples of how hunger effects people across the world (The hungry planet, Kenyan farmers eating grasshoppers in off seasons, King Corn, etc.)  World hunger is a big problem and initially our group wasn’t sure how the 6 of us were supposed to… Read more »

Up until this quarter, I had never taken a class that forced students to step outside of the classroom to complete an action project instead of simply writing about it. Many times, we are tasked with finding possible solutions that addresses one of the many problems that are occurring within our community. Yet, the reality is that implementing these solutions… Read more » 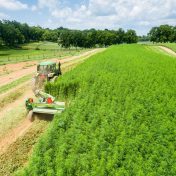 Writing my final paper was a very useful and reflective experience for me, and it is one of the few “final assignments” that I have actually really enjoyed. For some background, my group was working with issues of food accessibility and we decided to interview University of Washington professors whose work was relevant to or intersected with that topic. We… Read more »

Contemplative practices, as trivial as they may seem to others, have the power to inform in an interactive manner as well as generate thoughts about one’s role within regard to the rest of the food system. I personally have found our contemplative practices thus far to be very engaging and necessary. With an act as simple as being told to… Read more »