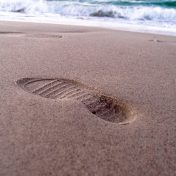 After hearing horror stories of the crisis in Flint, Michigan, the dark reality for those in Cape Town, South Africa, and the many other challenges that citizens in Honduras, Mozambique, and Nigeria, I realized I wanted to learn more. For our group action project, we chose to tackle the theme of water. Specifically, we decided to look into the crisis… Read more »

At first, I was cautious about whether my groupmates and I were all on board to focus on Food Security as our topic.  I worried that I would not be able to contribute as much as I would like due to my lack of knowledge about the field, as well as the wide variety of politics surrounding food as I learned… Read more »

Seeing as I missed the actual quiz section day in which we formed our action groups, I’ll admit that I was a little nervous as to who I would be teamed up with. To my pleasant surprise, I was put in a group whose passion for sustainable soils mirrored my own. I was so taken with everyone’s excitement towards the… Read more »