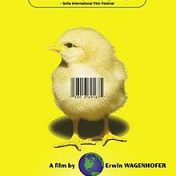 I’ve always had a political and economic emphasis when it comes to how I analyze course material. With that being said, I knew that addressing trade for my group project would be useful in examining how political economy relates to food and the environment. As a result, I was excited to find a group of peers with a similar sort… Read more »

Contemplative practices have been an interesting approach to understanding larger food systems. In particular, it has helped me understand food “culture” in America on a much deeper level. Food culture (and generally culture as well) in America is dominated by on the go, fast paced ideals. We want success, a beautiful body, and our good, healthy food and we want… Read more »

A large majority of people within the United States are capable of walking into a grocery store, grabbing what is needed for their dinner that evening, and leaving without consciously considering the impact that food product had on another person’s life. Thinking contemplatively about where our food comes from isn’t a common practice, and if we rarely consider where our… Read more »

The practice of cultivating self-awareness is a challenge that exists in all facets of life. In the study of world food politics, it is a practice which is vital to understanding various problems which plague our world. In our class, we have focused on a range of contemplative practices. These specific reflections have created a space which has allowed for… Read more »

When we think about hunger in the world, we imagine the lack of food. The video “Silent Killer: The Unfinished Campaign Against Hunger” tells us the other reason of world hunger. In Brazil, enough amount of food is produced to feed all people in Brazil. However many people cannot get enough food to live and are facing to hunger. The… Read more »

Within his book, Pollan discusses how chronic diseases were “quickly acquired” by immigrants in America. This reminded me of an experience I had while living in Dubai, as it was only people from North America that were allergic to nuts. Within our expat community growing up, it became a ‘running joke’ to identify North American’s through their nut allergies. New… Read more »