Pretty much the entire class: As opposed to taking my usual humorous approach to these blog posts, I believe it is best to impart some honest critique for future iterations of the group action project. The reality was that while well-meaning, the group action projects were not the most successful. While there was definitely a lack of motivation due to… Read more » 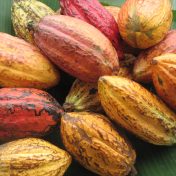 “Now, if you haven’t already put the cacao in your mouth, do so now.” I placed the tiny, fragmented bean in my mouth. Unbeknownst to I, the technically edible foodstuff was Mother Nature’s last horcrux, whose apparent mission was to instigate on-sight beef with my fourth sense and leave behind my ravaged taste-buds as casualties of war. My immediate reaction was… Read more » 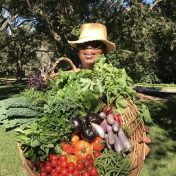 All I could say when I finished reading Michael Pollan’s In Defense of Food was:   Okay, not intentionally racist, but racist in impact. As I put pen-to-paper finger-to-keyboard and write this out, I fully understand that my statement probably will have many supporters of nutritionism up in arms about its validity. Though, I do not intend to throw the baby out with… Read more »