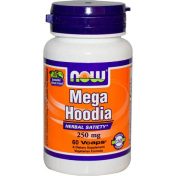 Much of the food we eat takes an interesting journey to get to our plates. The supply chain that brings us our food is often indirect; the path between producers and consumers can be circuitous, with many people and stops in between. In this industrial food system, it’s rare to think about the small farmer in Africa or elsewhere that… Read more »

Of all the contemplative practices we’ve done, the one that has stuck out to me the most is the one based on hunger. I’ve really only ever been dangerously hungry a few times, and usually it was out of negligence rather than a lack of food availability. That, in and of itself, speaks to the privilege I have of being… Read more »

Hunger is a biological state that practically all humans experience in their lifetime, to varying degrees. In contemplating the experience of hunger, I was struck by the universality of the sensation. It is an issue that has persisted, unsolved and unchanged, throughout human history. On a global scale, an overwhelming range of complex forces and feedback loops are at work in… Read more »

A contemplative practice that resonated with me was the exercise on hunger. My experience with hunger has always been associated with dieting or self-restriction for weight loss. My problem wasn’t the availability of food, it was the overabundance of it, and my own lack of discipline with eating. That deeply contrasts with the experience of hunger for most people in… Read more »