“Aquaculture is a rapidly growing, highly valued and extremely important sector of the seafood industry. It is predicted that by 2030 it will account for more than 60% of global seafood production” (Dowle et al.). 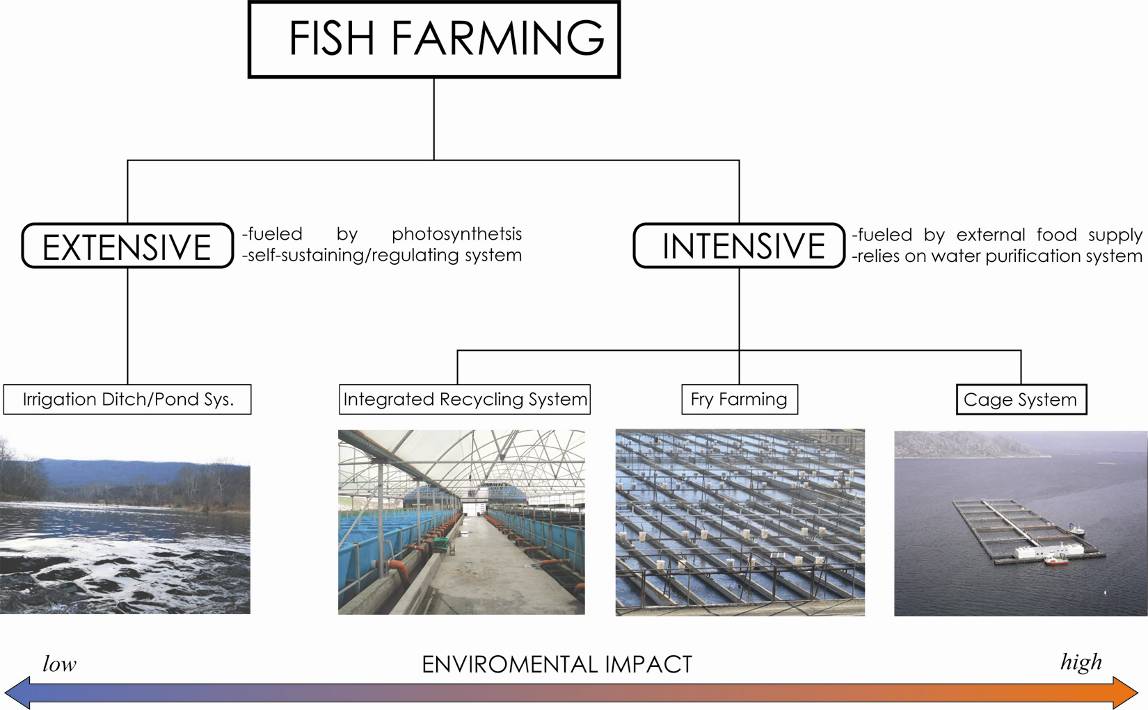 There are two basic forms of aquaculture, extensive systems and intensive systems.  Extensive systems are powered by the sun, have a relatively low environmental impact and are self-sustaining and self-regulating.  Extensive systems piggy back off of Mother Nature, so they are not suitable in all regions and require more land in general.  But they are cleaner and more efficient because they employ nature.  One such system, “…has evolved in China over the centuries…In a carp polyculture production system, four species of carp are frown together.  One species feeds on phytoplankton.  One feeds on zooplankton.  A third feeds on aquatic grass.  And the fourth is a bottom feeder.  These four species thus form a small ecosystem, with each filling a particular niche.  This multi species system accounts for the major part of China’s carp harvest of 16 million tons in 2011” (Brown 33-34).  So while extensive systems take a more ‘hands off’ approach, they are still capable of producing significant numbers of fish. 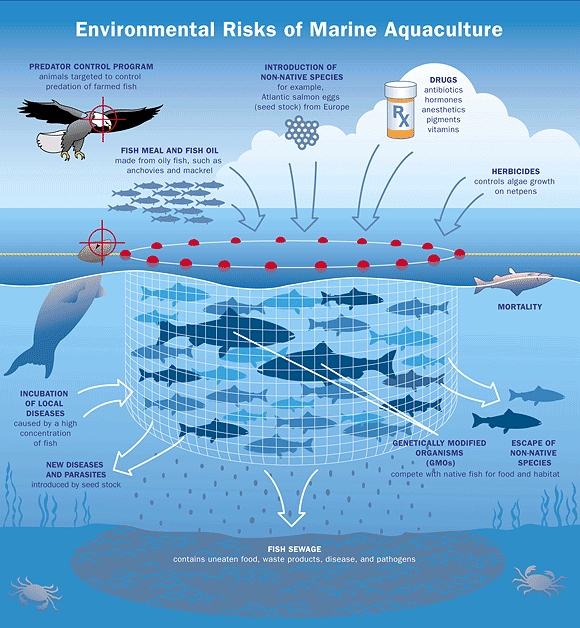