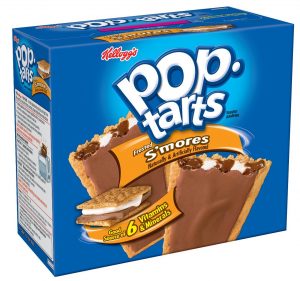 In the 1940s processed foods began their rise to prominence in the American diet. Foods that used to be too expensive for the average consumer suddenly became readily available to them. Although Americans were better able to feed themselves, rates of malnutrition and other new illnesses began to rise. To combat this, producers started supplementing their nutrient stripped foods with added vitamins and minerals. Soon a new production ideology began that in order for consumers to be healthy, producers just need to add more “good stuff” into food. This approach to production has continued since: walking through grocery isles today there are pastas with added omega 3, Cheerios that can lower cholesterol, and Pop Tarts that offer a “good source of vitamins and minerals.”

Adding all these beneficial nutrients into processed foods would ideally make Americans one of the healthiest populations around the world. Well it turns out, this is not the case. According to a report by the Center for Disease Control, more than one-third (36.5%) of U.S. adults are obese, and “Obesity-related conditions [including] heart disease, stroke, type 2 diabetes and certain types of cancer, are some of the leading causes of preventable death.” This data calls into question the effectiveness of the adding extra nutrition into processed foods. If omega 3 is good for the heart, why is heart disease a leading cause of preventable death? Is the solution to simply eat a bowl of Cheerios every morning? Or will change require a shift in the American diet away from these relatively new foods? The statistics show that obesity is a rising problem in the United States, and is becoming increasingly costly to taxpayers. Americans will need to reconsider the healthiness of processed foods if there is any hope of slowing the trends.

1 thought on “Can Processed Foods Be Healthy?”