A notable point from the Michael Pollan reading was the emphasis on the origins of popular thought on nutrition throughout history; the shift from protein to carbohydrates as America’s über nutrient was noted as being catalyzed by John Harvey Kellogg, whose name coincidentally shows up in many home’s pantry to this day on cereal of all sorts (Pollan 30). This seems to be a steady undercurrent throughout the reading – those advancing nutritionism and other popular “advancements” seem to be personally benefitted by the foods they portray as the new great thing. It seems, based off this, to coincide with his descriptions later of the nutrition scientists – not necessarily intentionally doing wrong, but having subtle biases that color their results. 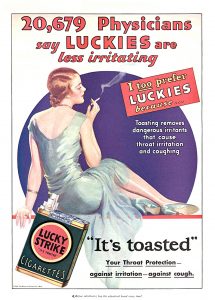 Food companies also regularly fund studies relating to the health effects of their products – and with that funding comes the ability to suppress any embarrassing results, and finagle other studies into a form such that they find benefits to their products. These studies can be used to advertise the product as healthy™, with what at first appears to be reasonable backing. Further, the studies can be used in lobbying efforts – they pose as the perfect cover to enact laws protecting the companies products, as they can be used to claim that votes that benefit the companies really serve to protect the politician’s constituents. This can be clearly seen in research on obesity; a study found that between 2010 and 2015 Coca-Cola funded research that suggested a focus on exercise, rather than diet, to combat weight gain.