Collective action is the way to achieve any change whether socially, economically, politically, environmentally, locally, or globally. We understand this when it comes to climate change, or political regimes. So why do we not believe the same to be true about food? One person growing their own food sustainably won’t change industrial food system. I had believed that by being paleo, going to farmer’s markets, like Pollen suggests (Pollen, “Eat Food: Food Defined”), and ordering local produce would do something to help the environment and my health.

The latter may be improved, but not the first. The produce company I believed dealt only with local farms deals actually with businesses all over North America which means that it isn’t cutting down on emissions and travel. That orange I have in my egotistically superior paleo diet is from even further away, capitalizing on low labor wages and transportation costs in other countries. Even the meat that the paleo diet is based around hurts both the environment and the countless animals they torture and breed for the sole purpose of slaughter. 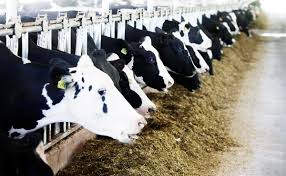 A farmer’s market is a privilege I’m lucky to have because I have parents that both pay for school and luxurious food items. In America, I’m one of the few. Food politics isn’t individual, and the activities resulting from individualist efforts to do good end up doing even more harm, like how Prius drivers drive even more than the average car, emitting equal amounts. If what we’re doing was truly separate, logically there would be finite end to the commons. There needs to be regulation around chemicals, foreign food transportation, and changing dietary regulations surrounding processed food. Until there is institutional and structural change, we will find that end to the commons, and fast.

1 thought on “The Privilege of Individualism”