I am a chocolate lover and I like to collect diverse brands of chocolate from different countries. I can get gratification and relaxation by just tasting the sweetness and bitterness from it. However, before this class, I have neither thought of the creation of the chocolate nor any economy and political systems that would relate to the chocolate production. One of the contemplative practices that we have did in the class was the consumption of chocolate and raw cocoa, and the practice made me start to think and concern more about the fairness in international trade. 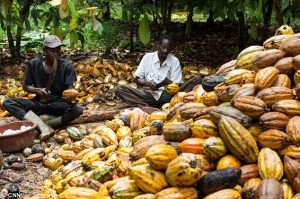 Ivory coast is the country that produce the most cocoa in the world, and a large portion of cocoa is associate with the creation of chocolate. So before learning about the creation of chocolate, I was always thinking that the countries that have more cocoa must have tons of chocolate. However, I was shocked to know that the many of the cocoa farmers, who produce cocoa but have no ideas about what their crop is going to make and have never tasted chocolate before in their life! When the farmers try to taste the end product of their crop—chocolate for their very first time, I can see the unbelievable looks on their face, which they were surprised by the sweetness and good taste. I was able to understand their feeing and expression when I first taste raw cocoa in my life, I still remember the taste since it is really different than what I imagine of. It is dry, bitter, and I could say that it is unpalatable. 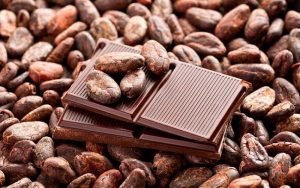 With the world’s desire of chocolate, chocolate production and companies are making more and more money from the industry, but many of the cocoa famers are still struggling to support the family to survive. So how can the farmers be earning so few from the billions selling chocolate bars? I connected the fairness and inequalities of trade to a global scale, many undeveloped and developing countries produce and supply the food sources to developed countries, and the developed countries put all these food recourses in to production and make money out of it. Whereas, many farmers are getting practically nothing from their participation in the supply chain and they have no choice but to accept the price that is being given to them.

People are always addicted to the great tasting sweetness of chocolate, but how many of us do know the inequalities in the trade and “bitterness” behind the chocolate?