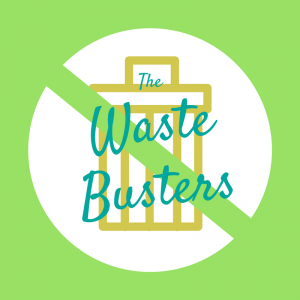 For my action project, I wanted to focus on food waste; more specifically, the equity and structural aspects behind food waste. The group I joined formed an organization called The Waste Busters; where we collected food surpluses from local (chain) restaurants, to donate them to organizations in need and ultimately diminish food waste within our food system. Our organization focused on the aspect of food insecurity: if the U.S. alone wastes 40% of the food we produce, why not try to kill two birds with one stone, by allocating it to those who need it?

The Waste Busters wanted to set a precedent on the food industry; set a new norm for food industries to lower their waste, while also committing themselves to form philanthropic habits that benefits the society as a whole. Unfortunately, we encountered many structural barriers in attempting this process. A lot of the responses we received from the local chain restaurants alone is: 1) “That goes against our corporate policies”; and 2) ”We already have this kind of donation program set up with another organization”. It was difficult to get in touch with corporate, since the structure of the consumer industry is made so that there is a large distance between the consumer and corporation.

Because of the limiting circumstances, we were not able to implement a donation program on a corporate level. However, I am still very happy with what we were able to give. The Waste Busters had successfully ran three cycles of large donations in the month of May. Thanks to Whole Foods Market, and Einstein Bros. Bagels, Roots Young Adult Shelter was able to feed those in need within the University District area. As we became the “middleman” between the food producers, and those experiencing food insecurity, we first-handedly experienced both sides of the issue. Through these experiences, I developed stronger empathy for those who are struggling with food insecurity, and better understood the obstacles we need to face in the food industry.

I believe that if more organizations were advocating for the same types of programs to be implemented within the food system, the percentage of food waste we produce would decrease dramatically. Another issue that I’ve come to realize is also the issue of norms. After talking to many representatives of these food chain restaurants, I was under the impression that most people believe that they are simply “following the rules”, but for some reason, does not take the time to question the rules that they are following, or believe that they can change it. After this journey with the Waste Busters, I’ve gotten tired of a majority of corporations using the excuse, that donating food surplus to those in need goes “against corporate policies”. So what? Change it.

To begin change, people must visualize the bigger picture: with over 1.3 billion tons of food being wasted in the world, and 4.4 GtCO2 produced to process that food waste per year, something needs to be done. In the midst of climate change, change must happen in order for us to live healthy lives, and preserve our planet.