Through our group action project, I learned that individual strengths can lead to divisions of labor that are sometimes hard to equalize. I feel this way because I realized that my shortcomings as an organizer and the limits of my time resulted in a less equal contribution than I would have normally expected of myself. I tried to make up for this by being as present as possible but my contributions were not as tangible as those of some others. Conveniently, this actually further informed my opinions regarding global hunger and the importance of food sovereignty. 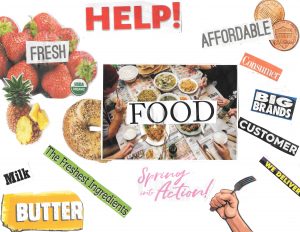 Global hunger and food sovereignty are central to the debate between Amartya Sen and Vandana Shiva. Amartya Sen says that “Widespread Hunger in the world is primarily related to poverty” (Sen, 2002). He basically thinks that reducing global poverty will reduce global hunger, and he is probably correct; though his insistence on doing it through the global market may not fully solve the problem. In fact, he hints at this, saying that “even democratic governments can survive with a great deal of regular undernourishment” (Sen, 2002). If hunger can be a proxy for poverty then, logically, governments can survive with a great deal of poverty. This is true in the United States, where the wealth gap is huge and food deserts abound (Brimmer, & Tucker, 2006). Vandana Shiva counters the global market approach by insisting that “putting resources in people’s hands and guaranteeing small producers access to local markets is a far more secure, sustainable, and inclusive way to remove food scarcity”(Shiva, 2002). Her approach is, at least, an important facet of the solution 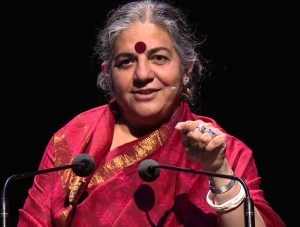 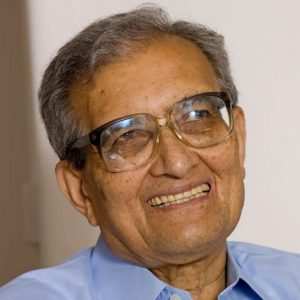 For example, our group functioned well together. We got along and our interactions were respectful and productive. However, the burden of productivity fell more heavily on members with RSO, and other, connections. These connections made us an effective group but I’m not sure the weight was being pulled evenly, at least not from me. If our group represented a state or nation, then those doing the most work are reaping a disproportionately low benefit compared to those doing less. The group, as a whole, functioned well, but it was able to survive with a “wage gap”, or some poverty. If the global market is used to reduce poverty, and success is measured through the functionality of nations, then how do we ensure that the wealth(food) is being allocated equally?  I think the answer is local access and food sovereignty among small producers, at least to fill in the gaps.