Final blog post – wrapping it all up Food will be the next major global conflict. It was cause security issues in the form of mass immigration. We do not see these issues of massive hunger and mass immigration now because it is being suppressed. It can be overlooked by wars or completely ignored by government suppression of news. Our… Read more »

From my action project, I’ve learned a lot, and not just in the scope of what our project was primarily focused on, which was hunger in America. This class taught me a lot about hunger- what it looks like, what causes it, what it looks like depending on where you are in the world. But I didn’t quite understand why… Read more »

When you hear the topic ‘trade,’ what do you think about it? Do you think that trade is not a familiar topic for you? Our group and I made a podcast about food trade as our action project. We invited two speakers, Stan Sorscher, who is from Washington Fair Trade Coalition and Joseph Maurey, who is Husky Grind and UW… Read more »

The group I was in collaborated to address the issue of food accessibility. Food accessibility is a huge issue to tackle in just a few weeks, initially I had a hard time applying a global framework as I couldn’t ignore the impacts of food inaccessibility felt locally in the University district and greater Seattle area. I came across a tri-campus… Read more »

The group action project this quarter is perhaps one of the most salient learning experiences I’ve had at UW.  And this is most likely because, by most standards of effective collection action, we failed.  The movie I found, “We Feed the World,” is a film that so effectively summed up many of the topics we discussed in class that many… Read more »

The collaborative action project put on my group was centered around education of our topic (food accessibility) with the addition of giving back. Our event was a screening of the short documentary ‘Food Justice: A Growing Movement,’ with the bonus of a free chipotle burrito to those who donated a food item to the UW Food Pantry. This was… Read more »

Food waste has always been a potential issue to concern about and it is not an exaggeration to say that it is one of the biggest problem that people face in the world today.Although people now are paying more attention to the issue and are trying to improve the situation of food waste, there is still over $1 trillion value… Read more » 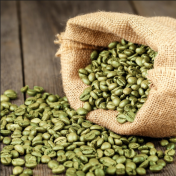 Our group decided to focus our action project on the topic of trade. For me personally I wanted to learn more about the subject because it has been such a hot topic in the news lately with Trumps tariffs and threats over trade agreements. Our original plan was to hold a faculty panel, but the University beat us to it…. Read more »