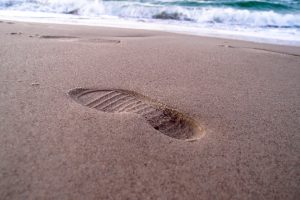 Most classes throughout my collegiate experience have, for the final tests of the quarter, subjected me to either long essays or arduous exams. Certainly, these have been somewhat conducive to my learning–writing and time-crunch skills are those that definitely don’t stop being used in life. That said, I had definitely felt as though a pattern of “rinse and repeat” had been established, through which I was experiencing diminishing returns in terms of what I was getting out ot it.

But then, lo and behold, came Professor Litfin’s class came along. Instead of the typical papers and exams, the big focus for the course was a culminating action project. Essentially, every group in the class was assigned a topic related in some way to political ecology and the world food system, and had to craft a project that would somehow touch lives beyond just ourselves. What a unique challenge this was, compared to a simple exam or essay! Moreover, an action project is something that requires entirely different skills to succeed–skills that can actually easily be transferred to the real world, such as organization and planning.

So, excited by this new challenge, our group decided to hone in on water usage and water footprint. We thought these to be incredibly important–after all, less than 1% of the world’s water is really drinkable, and when those of us in developed countries use water with abandon because we can, while others don’t get even close to the same amount of water in a week that we use to take a single shower. It is an incredible issue of equity. Moreover, although people are generally aware of what water usage is, they are often unaware of water footprint and virtual water. We discovered that although a Seattleite might use 2000 gallons in a year, their annual water footprint may exceed a quarter-million gallons.

We decided to go out tabling in Red Square and talk with passersby about the issues; we quizzed them on their own water usage, as well as what they thought was typical. Pretty universally, we found that most people vastly underestimated the amount of water they use. Before I continue, I must say that what happened during our tabling reminds me of a key concept we learned in the class–that of systems theory, which teaches us to think relationally and observe that it is easy for things to have far reaching effects, sometimes in unexpected ways.

Assuredly, this is exactly what happened: we found not only that people were generally encouraged to effect a change, but wanted to go tell even more people about what’d they learned from us! Additionally, if those new people go and tell even more people, then there can be a positive, self-reinforcing cycle, à la systems theory. And although awareness won’t solve the dual issues of water usage and footprint, it is assuredly the first step on the path towards finding a real remedy. It is my hope that our project helped to serve as, if only one of many, a catalyst towards such a goal.